The 3 Amigos set off to Timaru, New Zealand, to visit with OldTimer.  What a beautiful part of the country! 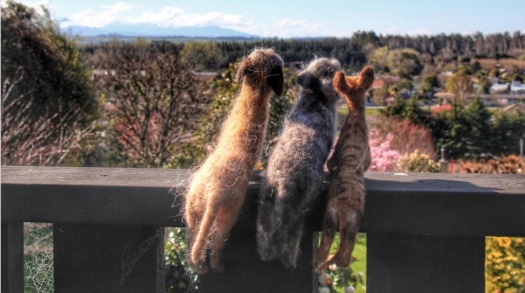 They really enjoyed watching the fishing boats at the port. 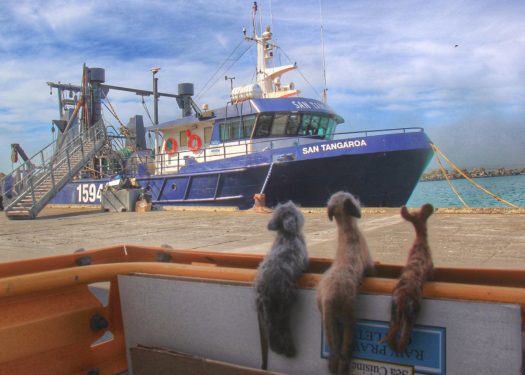 Being dogs, they always appreciate seeing nature and wildlife.  OldTimer let the boys play among the tulips, meet some sheep (they were SO excited!) and even visit a cattle farm. 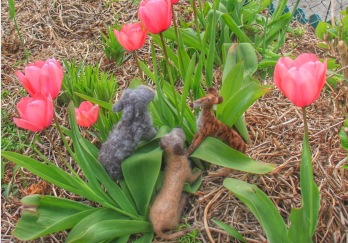 The most exciting part of their visit was meeting nine newborn puppies.  The 3 Amigos were on Cloud 9 playing with them! 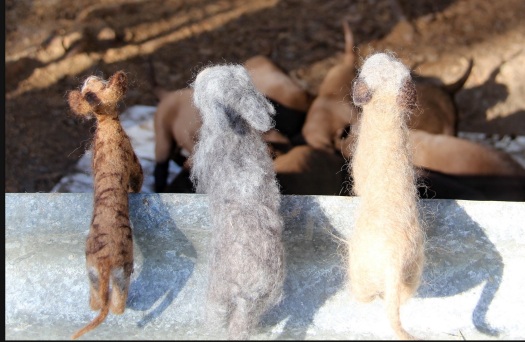 Their visit went by too quickly, but the boys have a long line of people waiting for them, so they headed back to our friend rainie for a quick visit. rainie took them to the beach, one of their very favorite places. 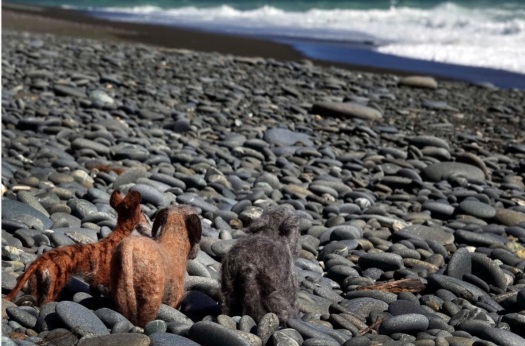 The boys moved on to stay with two more New Zealand friends, Mario and Marie. They are quite fit and tried their best to whip the boys into shape. Mario was impressed at how well Trigger and Rowan did in a local race.  Kelso looked on, too dignified to participate.  Mario’s commentary is below. 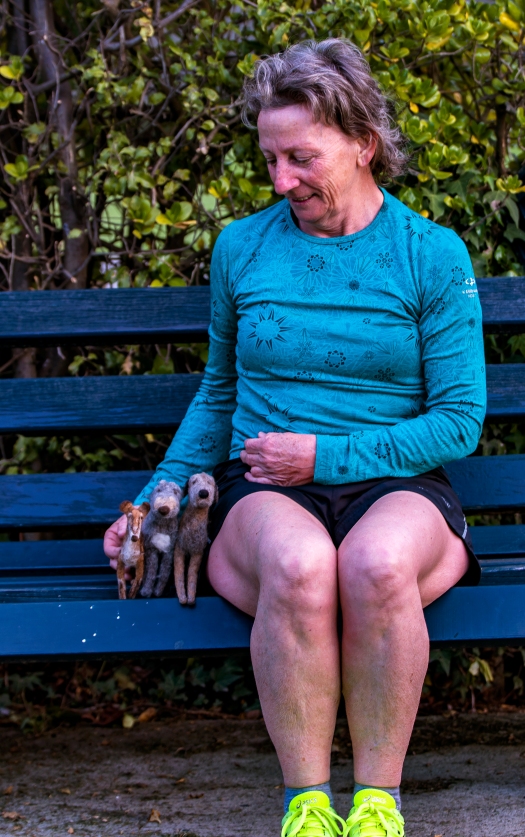 “Tonight we had some overseas visitors at Coaching, we were blessed with the presence of the 3 Amigos. Kelso and I had a great discussion about running and runners from days gone by while he assisted me passing on his wisdom. Rowan he was very happy to run along side Debbie in a comfortable 14 minute 3 km Time Trial. Kelso said to me that Trigger was a bit of speedster, so I asked how fast is he, well he said at night when we go to bed, he can get out of bed and turn the light off and be back in bed before the light goes out, really I said, he’s almost as fast as Barney. Everyone lined up on the start and off they went Barney,Trigger, Kurt and Steve were off like a robbers dog, Kurt did the first km in a tick over 3 mins the other 3 paced through in about 3:14 the next Km was a little faster, I called out Hang on to them Steve, but the young Greyhound was not having a bar of it, as he overheard Barney saying he wanted to break 10 mins for 3 k tonight and he uped the pace pulling away from Steve but struggling to keep up with Barney.Watching Trigger and Barney coming down the final long straight it was a battle Youth versus age and experience with Barney crossing the line in 9:54 and Trigger snapping at his heels. Rowan crossed the line with Debbie and looked very comfortable and was pleased he could help push Debbie along at Even Splits for each 1km of the 3Km Race. Kelso looked at me shook his head and just said Young ones today. Secretly Kelso was quite chuffed with the young Greyhounds effort.”

Well, as if THAT weren’t excitement enough, the 3 Amigos were invited to a wedding!  You’ll have to wait for the next post to hear more about that. 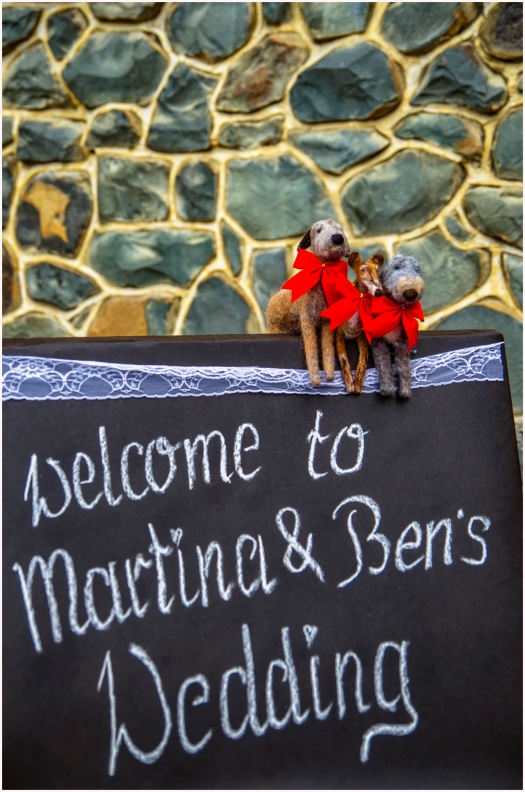